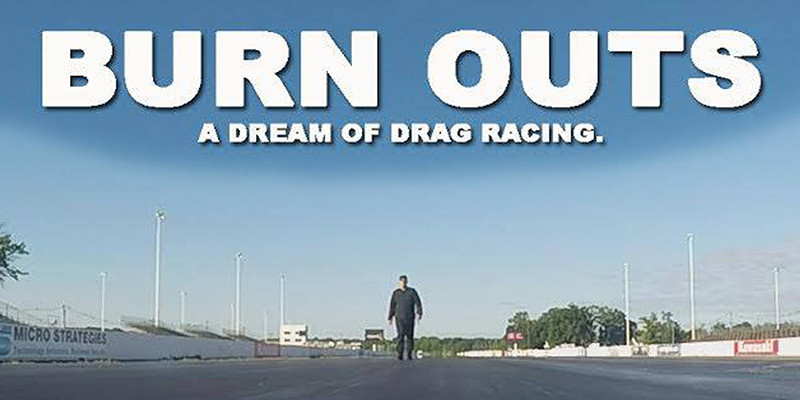 New York, NY. – When crisis arrives, how people handle the situation often defines their legacy. Flemington, NJ resident and North East Timing Association Drag Racing Champion Joe Morrison was placed into this position when his father Chuck Morrison was diagnosed with Chronic Obstructive Pulmonary Disease in 2006. It was at this time that Joe’s mission to become a professional drag racer received an additional nudge and inspired New York’s award winning film production team ThinkBreatheLive to create a documentary called ‘Burn Outs’ – A Dream of Drag Racing that is capturing awards, critical acclaim and most importantly – proving that even the worst situations can produce life changing results.

Based in New York City, TBL began as Breathe Editing in the fall of 2001 with a small office space on 29th street. Working with clients ranging from Jeep® to AT&T, Bayer, Verizon, Nabisco, Coca Cola, and International recording artist Beyoncé, TBL has established a reputation for crafting stimulating visual productions for some of the most successful brands across the globe. During the production of The Right2Breathe Project™, a short film to introduce the non-profit organization Morrison co-founded to raise awareness for his father’s medical condition COPD, TBL’s Kenny Pedini and Director Peter Blackmann were inspired by Morrison’s story and came up with the inspiration for Burn Outs.

“Peter and I met Joe early last summer at Raceway Park in Englishtown, NJ to discuss producing a video for Right2Breathe,” noted Kenny Pedini, the Managing Director of TBL. “While speaking to Joe that day at the racetrack, we could see the passion and enthusiasm that Joe has for the sport.  While interviewing Joe for the Right2Breathe video, we realized that as important as racing is to him, his family is still number one in his life.  That included his ailing dad Chuck, who Joe made it his priority to take care of.  In fact while we were shooting interviews with Joe and Chuck, Joe’s teenage son Ryan was tending to Chuck’s needs – and doing it willingly and happily.  That’s a strong family bond. ”

Pedini met Morrison during the production of The Right2Breathe™ Project, a short film starring both Joe and Chuck Morrison along with National, Regional and Local medical news contributor Dr. Nina Radcliff and Vernon Pertelle, the founder of Pulmonary Horizons® to  discuss the mission of Right2Breathe™ and provide justification as to why their National COPD Awareness and Screening program, targeted to the automotive industry will help to solve a medical crisis that impacts the lives of over 24 million people in the United States alone.

“As editor Michael Schwartz and I were finishing up the video, we noticed how Joe’s earnestness came across really strongly in the piece,” Pedini stated. “The idea for Burn Outs was to capture a day in the life of this family guy who just wants to achieve his dream of being a pro racer, and is doing most of it himself.  Three minutes of talking to Joe and then watching him drive will convince you that if anyone can make it, it’s him.”

The documentary Burn Outs has been featured in several film festivals so far, earning the Houston World Fest Gold Remi Award in the process. The film will be showcased at upcoming film festivals across the United States including The Hoboken International Film Festival which takes place June 3 – 9 in Middletown, NY – which coincides with the NHRA’s Summernationals that will be contested June 9th through the 12th at Raceway Park in Englishtown, New Jersey.

“Joe and I are incredibly humbled by the effort ThinkBreatheLive, Kenny Pedini, Peter Blackman and Michael Schwartz have put into Burn Outs and The Right2Breathe Project,” stated Tim Charlet, the Chief Marketing Officer for Right2Breathe™ – a 501 (c)(3) non-profit organization based in New Jersey. “Like Kenny, I was inspired by Joe’s earnestness and honesty when we started working together in 2009. Although his father Chuck recently passed away, his legacy will live forever thanks largely in part to TBL and their production of this exceptional documentary.”

The Right2Breathe™ Inc. is a 501 (c)(3)non-profit organization based in New Jersey, created by two passionate Drag Racers who have a personal mission to improve the quality of life for those that live with respiratory difficulty, illness or disease. We are dedicated to educating the automotive and motorsports community about pulmonary or respiratory medical conditions through a cause marketing campaign including but not limited to:

The Right2Breathe™ Campaign is comprised of two separate but equally important projects, The Right2Breathe™ Project is aimed at providing Free COPD Screening, Education and Awareness at motorsports and automotive events across the United States, and a recently launched Youth Tobacco Prevention program called “Burnouts4Kids – A Right2Breathe Campaign“. Learn more about Right2Breathe by visiting their website at http://www.Right2Breathe.org.