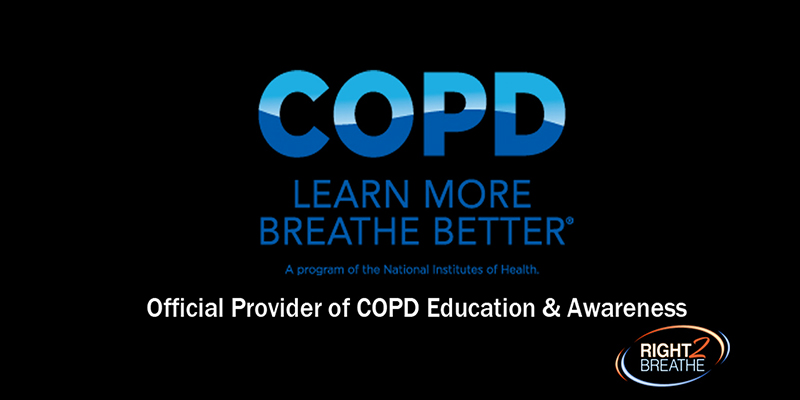 Flemington, NJ. – The Right2Breathe® Campaign; a cause marketing program based in Flemington, NJ announced an Official Partnership with the COPD Learn More Breathe Better® – Breathe Better Network to provide educational and awareness resources about Chronic Obstructive Pulmonary Disease (COPD) for their 2015 motorsports activation, screening and awareness campaign. The Right2Breathe Campaign joins a network of over 80 health-related member groups focused on increasing awareness, screenings, diagnosis and education to find the estimated 12 million Americans who live with COPD daily but have yet to be diagnosed.

The Right2Breathe Campaign was co-founded in July 2014 by Joe Morrison and Tim Charlet; two second-generation Drag Racers who have personal experience as caregivers for family members with pulmonary disease including COPD. The Right2Breathe Campaign is targeted to a passionate fan-base of over 50 million individuals in the United States; who share a common passion for motorsports and automotive industry as the organizational co-founders that due to their vocation or lifestyle choices are at high-risk for developing respiratory medical conditions.

“Whether it’s due to chemicals used in manufacturing, extensive exposure to vehicle emissions, poor air quality in their working environment or the propensity of smoking, the facts remain that nearly 50 million individuals that enjoy the power and excitement associated with professional motorsports here in the US are significantly at risk to develop respiratory diseases such as Chronic Obstructive Pulmonary Disease,” noted Tim Charlet, the Chief Marketing Officer for The Right2Breathe Campaign. “Joe Morrison and I grew up in this community, we actively compete as professional drivers in motorsports and have seen many of our family members and friends suffer with COPD. It’s our goal to help people learn to LIVE with COPD. With early diagnosis and increased educational resources provided by our new partners at COPD Learn More Breathe Better – and the Breathe Better Network, we feel better prepared to accomplish our goals.”

COPD Learn More Breathe Better is a program created by the National Heart, Lung, and Blood Institute in 2007 that focuses on Chronic Obstructive Pulmonary Disease. COPD is an umbrella term for common medical conditions like emphysema or chronic bronchitis. In people who have COPD, the airway tubes that carry air in and out of their lungs are partially blocked, which makes it hard to get air in and out. When COPD is severe, shortness of breath and other symptoms of COPD can get in the way of even the most basic tasks, such as doing light housework, taking a walk, even washing and dressing.

The NHLBI has been fortunate to have the involvement of a variety of organizations as partners. In a very short period the Breathe Better Network has grown to include more than 80 members in all 50 states and the District of Columbia.

“COPD rings home for me and is the core inspiration for our Right2Breathe® Campaign,” stated Joe Morrison, CEO of the Right2Breathe Campaign. “My father was a plumber for several years that raised me in the Sport of NHRA Drag Racing. Today he lives with COPD. Together we’ve had an active role in New Jersey supporting COPD education, screening and awareness for the past four years. With our Right2Breathe Campaign, we are expanding our reach this year, and thanks to the support of the COPD Learn More Breathe Better program and the fellow network partners we hope to educate the extensive motorsports fan base about the dangers of COPD and provide them with tools and resources to reduce their risk potential.”