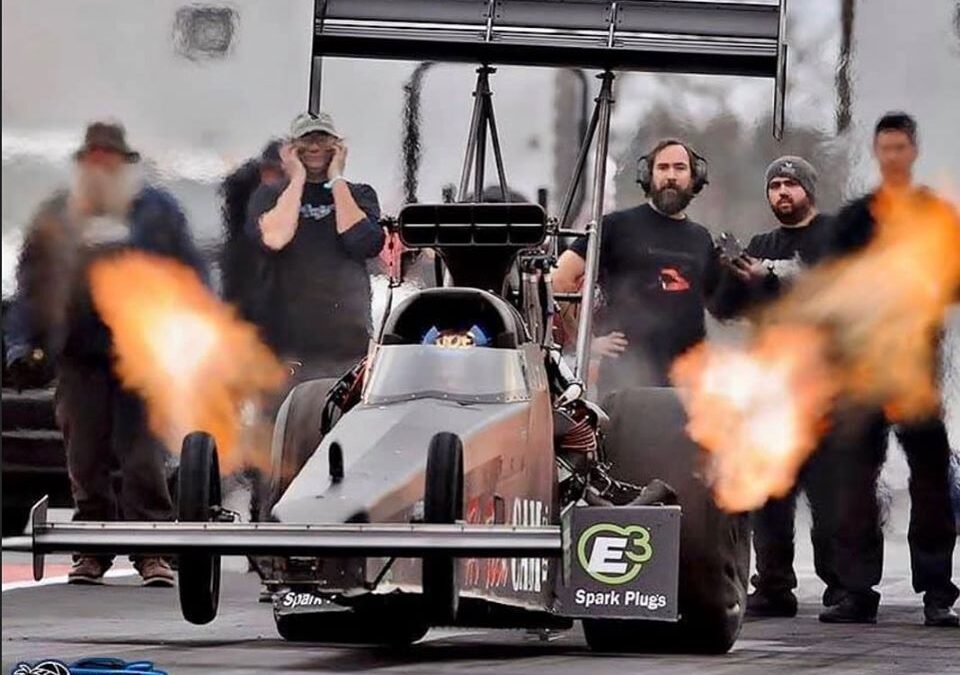 Flemington, NJ – Sometimes, even the best plans don’t go off without a hitch or two – or four. Such is the case with Joe Morrison’s Top Fuel licensing process in the Leverich Family Top Fuel Dragster. With the Michigan-based NHRA Top Fuel Dragster team committed to competing at the AMALIE Motor Oil NHRA Gatornationals in Gainesville, Fla., veteran Alcohol Funny Car and Top Fuel pilot Paul Noakes has been tapped to drive the Leverich entry – with Morrison on hand to help, listen and learn.

The Michigan-based NHRA Top Fuel Dragster team made two trips to Bradenton Raceway outside of Tampa, Fla during January and February to allow Morrison plenty of time to upgrade his current NHRA competition license.

A myriad of issues ranging from unseasonably cold weather to electrical and mechanical gremlins prohibited the team from making two runs under the 4.50-second standard needed to upgrade Morrison’s license to Top Fuel.

“Well – that’s Drag Racing,” stated Morrison. “I could throw out the PC statement about being ‘happy to be here” – but honestly, we’re all bummed. We were hoping to get the car down track, but just ran into every possible mechanical scenario that prohibited that from becoming a reality. Bob, Gary, and Dan are really happy with my driving. I felt incredibly comfortable in the seat, and we’ve developed an amazing team chemistry in a short time. I know Paul is more than capable of handling the car at the Gators, so I’ll be there to mix Nitro and learn whatever I can. I’ll even make sandwiches,” Morrison joked.

Morrison is bringing his fire suit and helmet with him, as the Leverich team will attend Monday Nationals testing following the event, to hopefully allow him to finish his licensing requirements.