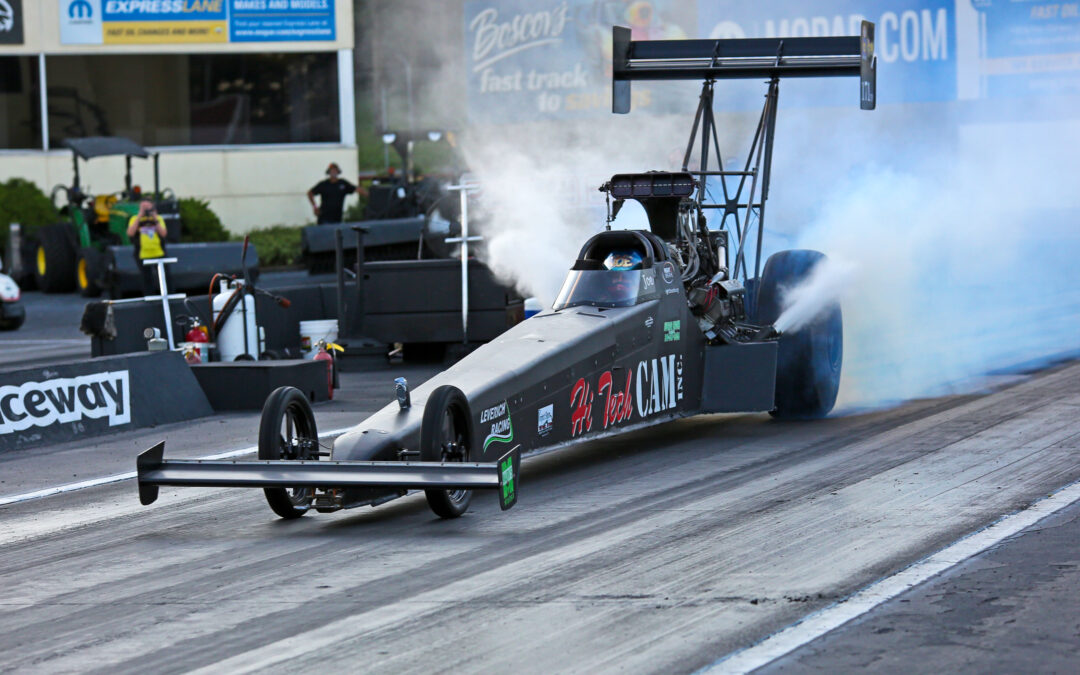 Brownsburg, Ind. – When NHRA Top Fuel Dragster rookie Joe Morrison rolled into Lucas Oil Raceway, his goal was simple – gain some experience, and focus on the fundamentals. Qualifying would have been the cherry on top of the sundae. Unfortunately, the Leverich Racing Top Fuel team will miss out making the show by 0.003-seconds, after being bumped out of the field by Todd Paton in the final qualifying session, during the 2020 Lucas Oil NHRA Summernationals held in Brownsburg, Ind.

The first qualifying session provided the team with an opportunity to make it to Sunday’s final eliminations. After a conservative 0.910 60-foot short time, the 11,000 horsepower Top Fuel Dragster drove into tire smoke around 250 foot down the 1,000-foot racecourse. The rookie Top Fuel driver from Flemington, NJ quickly caught the brief loss of traction, pedaled the car, squeezed back on the throttle for a second, and coasted through the timing traps running 4.721-seconds at 203.52 miles per hour in the first of only two qualifying sessions. 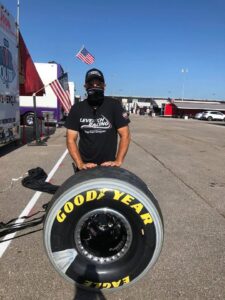 “It’s often said that if you’re chased by a bear, you don’t always have to be faster than the bear – just quicker than the slowest camper,” noted an elated Joe Morrison after his Q-1 effort. “That’s pretty much what our goal was for the first session, to make a run that would allow us to learn, fine-tune, and not be the first car out in Q2. When the car briefly lost traction, I rolled back into the throttle to gain some momentum on those other racers that could chase us down. Gary, Matt, Dan, and the entire crew busted their rear ends to turn the car around in time for the second session.”

Unfortunately, there were a few bears in the woods stalking those coveted qualifying spots. As the second qualifying session kicked off, Todd Paton, who was on the outside looking in, posted a 4.718 ET, bumping the Leverich team from the field of 16 cars by a mere 0.003-seconds. As Morrison stomped on the throttle to begin his last-ditch qualifying attempt, a fuel line snapped, pouring raw nitromethane directly under the right rear tire, causing the car to drive into instant tire smoke, and ending the team’s weekend.

“I guess the dreaded bear tossed a banana peel right under our right rear slick in the form of a broken fuel line,” explained an upbeat, but obviously disappointed co-founder and CEO of Right2Breathe®. “After that first session, we made some adjustments and were fairly confident we could run a low four-second elapsed time to give us a chance of bumping back into the field if needed. As soon as I hit the throttle, fuel poured under our right slick, causing the car to obliterate the slicks and end our weekend.”

The driver of the Leverich Racing Top Fuel Dragster qualified as a Top Fuel driver six days ago, after completing his NHRA competition license cross-grade to the coveted 1A Top Fuel level. Over a period of six months, making 15 laps in the process, ‘Nitro Joe’ Morrison experienced tire shake, smoke, a stuck throttle, and handled them all like a seasoned veteran. And while the team did not qualify, Morrison and the Leverich crew proved they belong in the big show and have nothing to hang their heads about. 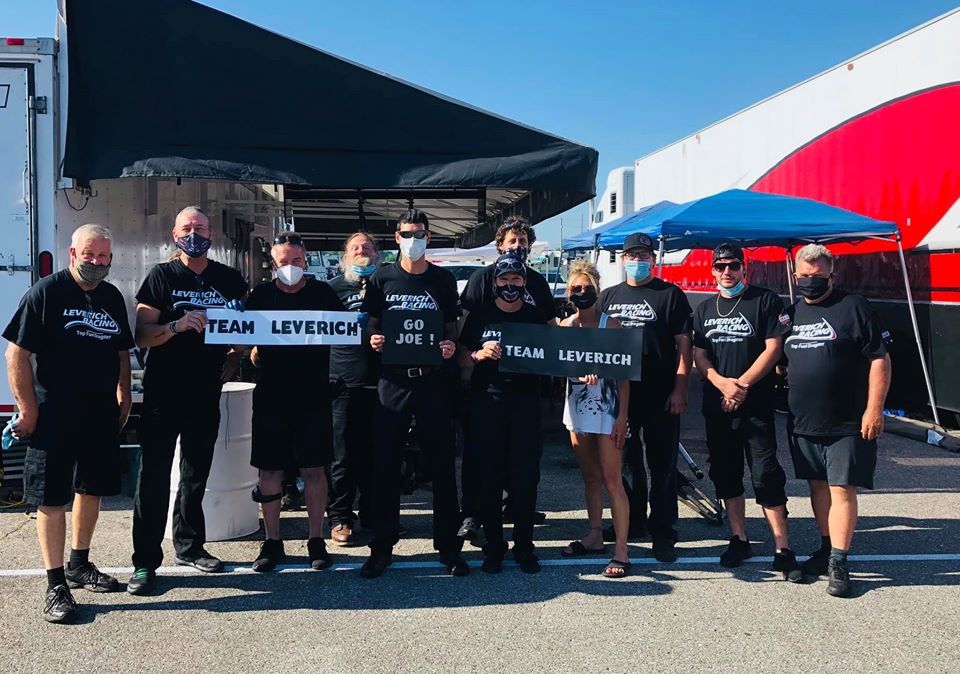 “I’m so proud of the team and the effort we put together over the past nine days,” concluded Morrison. “We made 4 runs at Maple Grove Raceway to complete my licensing, got all the paperwork filed, then completed two more qualifying sessions today. That’s a lot of nitro to burn, and even more blood, sweat and tears. Although we missed the show by that narrow margin, I know great things approach from this team. Next time, we’ll bring bear repellent – which is next to the blinker fluid at the local auto parts store.”