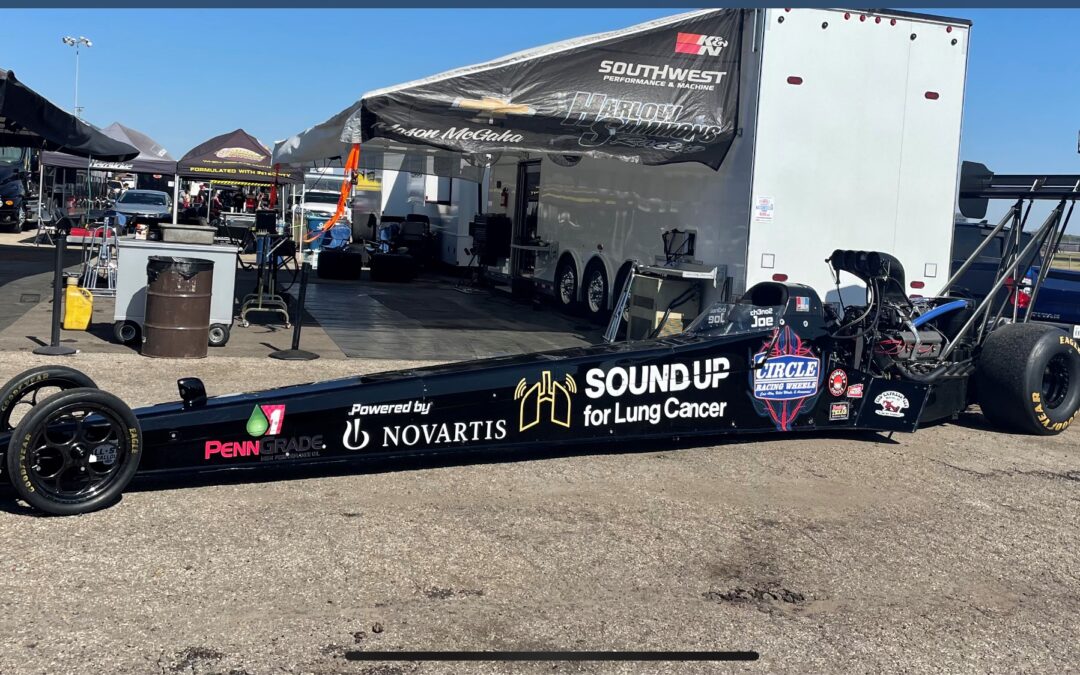 The Race Against Lung Cancer initiative builds off momentum established by Sound Up for Lung Cancer – a campaign created by Novartis. This program aims to change the conversation concerning the stigmas associated with the diagnosis of Lung Cancer. The mission is to empower people affected by lung cancer to self-advocate by asking questions, expressing their needs, and having open conversations with their healthcare providers about their experiences.

As a long-time patient and caregiver advocate for lung diseases, including COPD and Asthma, NHRA Top Fuel Dragster driver Joe Morrison has a unique perspective on the negative stigma attached to non-curable respiratory conditions.

Morrison lost his father, Chuck, and mother-in-law Marie due to complications associated with COPD. He started Right2Breathe to provide early screening, education, and resources so that others could be proactive about their lung health.

Since 2016, the Right2Breathe Project has completed tens of thousands of onsite lung health screenings at motorsports events. With an expected attendance of more than 50,000 enthusiastic motorsports fans at the Texas Motorplex in Ennis, along with the millions of fans watching on the Fox Sports Networks, this weekend’s NHRA Drag Racing event serves as the perfect opportunity to “Raise the Volume” about lung cancer.

“We believe that Everybody has a Right2Breathe™, regardless of the circumstances surrounding their respiratory disease diagnosis,” noted Morrison, who drives an 11,000-horsepower Top Fuel Dragster in the National Hot Rod Association. “Our fanbase is exceptionally diverse, from blue-collar factory workers to those in the HVAC, mechanical, and logistics industries. The Sound Up for Lung Cancer campaign perfectly suits our racers and fans.”

Morrison continued, “Through our Right2Breathe Project, we can provide valuable resources and inspire them to engage with their medical providers so they can be diagnosed, begin a treatment program, and live a higher quality of life. I am honored to drive the loudest race car on the planet, so through our on-track activation this weekend in Texas, along with a month-long social media campaign in November, we’re confident that we can inspire others to raise their voices and change the narrative about lung cancer.”

Learn More at Sound Up for Lung Cancer | Novartis.